Motoring in the old days by Peter Quest, father of the Quest Brothers.

Of course, by no means everyone could drive in the early days even though it was easy to get a licence; indeed, tests were not even introduced until 1934. My father was untested but could, and did, drive anything from a motorbike to a lorry.  But people like my grandfather, a skilled and talented man with horses, were entirely inexperienced with cars or even tractors.  He was encouraged to learn to drive in the early 1930’s as farms became mechanised.   At that time it was usual to start off in a field to learn how to control the vehicle.  This was much trickier than it is now – gearboxes without synchromesh, which meant the awkward double declutching using unforgiving clutches, heavy and vague steering, and starting on a handle.

My grandfather did manage to start off after a few goes but failed to get the idea of coordinating the steering, accelerator and brakes and so careered in panic across the field into the hedge, shouting “Whoa, whoa” at the vehicle.  This hugely amused the locals and the tale was told throughout the village.  My grandfather, so proud of his skills with four-footed transport, never got over the humiliation.  To the day he died he never attempted to drive again; he was not the only one to suffer such abysmal “driving lessons” on such challenging machines. 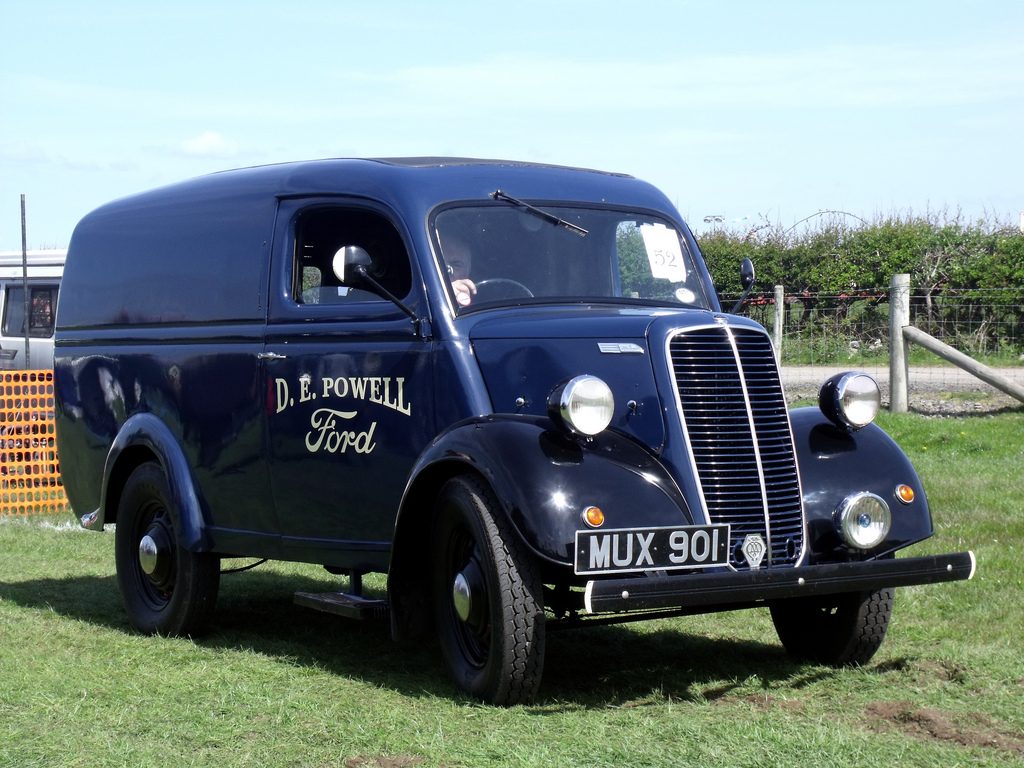 Pre-1950 most cars were old – no wartime production for civilian vehicles – and were constantly repaired or, just as likely, patched up to keep them going.  In my farming community there were too many unsafe vehicles on the road.  Perhaps the worst example I recall was the practice of gaitering a tyre.  “What was gaitering?” you might well ask.   When a tyre was very worn, perhaps even with the canvas showing, it would of course puncture frequently.  New tyres were expensive.  Then a gaiter made of an old tyre might be put between the inner tube and the tyre to eke out the tyre’s life for a few more miles.  The response when offenders were chided about the obvious danger was “well, we only run around locally”, it presumably being OK to kill locals but not people further afield!  MOTs hugely improved the situation even though only introduced in 1960 for cars over 10 years’ old.  However, the large number of failures led to our current system within a few years.  The MOT tests quite quickly changed the attitude towards safety, with the many bad practices being recognised as unacceptable.  Despite the much lower numbers of cars on the road in 1950, the number of road deaths was over 5000 compared with about 1700 today (the highest ever was over 9000 in 1941, one factor being limited lighting because of the war time blackout)

I was brought up as the son of a Kentish farm worker and we were car-less but could use the farm van – an ancient blue Ford – in emergencies.  These emergencies did, from time to time, consist of visits to the pub en route from the odd farm task, where I sat outside with the standard child rations – crisps and lemonade (children were not allowed inside).  Only once can I remember the Ford offering the slightest excitement, and that was when my father and uncle enjoyed a quantity of Kent cider – strong stuff – and thought the track round the hop garden was Brands Hatch.  They hurtled and bounced round till a leaf went in the rear springs at which point they came home in boozy triumph, chortling like schoolboys, much to the annoyance of my mother.